The Year is Dead, all Hail the Year!

2016 is coming to a close. This year had goods and bads all around. I got to do a big road trip and see the countryside. I attended some fun fandom cons. I made great buddies on Goodreads. I began my entire Nat Kennedy authorship and published two novellas in the Wielder World. I finished another novel for NaNoWriMo. I learned that I much prefer an outline than writing without any idea of where I’m going.

I didn’t get everything I had planned done. I wanted to complete the next novel in the Wielder Series. But that got put on hold for other writerly projects.

I will finish Afflicted to the Core – the third Wielder World novel – and get that published, hopefully in late spring. I need to line up betas for it, but I’ve already got the cover art!

I will finish the first novel to my new series – The World of Two Moons. The rough draft is done and in good shape and after Afflicted, it will hopefully come about in a few months. No cover art on that yet.

I will start another novel in either Wielder World or Word of Two Moons. Not sure which yet, but something new will happen!

I want to finish two novellas for anthologies. I hope that will be a great way to get my name out there. I already have two anthologies pegged for this. The first one is due in March.

Those are my goals. I don’t have any ‘write every day’ or ‘spend less time spamming people on Goodreads’. I will just try to focus on the big goals and let the dust and sand fill in the cracks. I want to continue writing and I want to write great romantic fantasy that makes people excited and happy and rooting for the heroes. 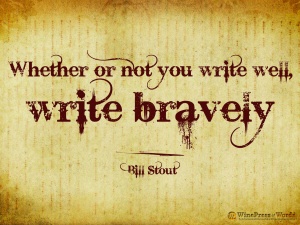