Guest Post: K. Evan Coles and Brigham Vaughn, Authors of Behind the Stick

As a writer of interracial romance, I seek out books similar to those I write. When Behind the Stick crossed my path, I had to read it… immediately drawn in by the cover and the two guys who just looked so pleased with themselves, confident, and playful. I wanted to find out why Coles and Vaughn were drawn to write interracial romance and what it means to them, so I asked, and they delivered with an amazingly insightful blog post.

Behind the Stick Review by Nat Kennedy

Fifty-two years ago, on June 17, 1967, the Supreme Court’s decision in Loving v. Virginia legalized interracial marriage in the United States.

Hard to believe that happened so recently, right? But Mildred and Richard Loving were indeed jailed for a year because their marriage crossed racial lines, something most people today find impossible to imagine.

We certainly have trouble imagining such a thing. Both our families include mixed-race families. In fact, one of us is the child of an interracial marriage made legal by Loving v. Virginia. So you’d think that if interracial relationships aren’t unusual in our real lives, it stands to reason they wouldn’t be unusual in our writing, too. Right?

The answer, like this topic, is complicated. We’ve been writing together for several years and all our early projects–including our first published books, Wake and Calm– centered around main characters who were Caucasian. Did we set out specifically to write romances between white men? No. We defaulted that way—literally made selections on automatic pilot—perhaps because we’d been reading characters like them for longer than we could remember. We didn’t entirely match up with our characters, but we’d had plenty of practice getting into their mindset.

Some of our secondary characters in Wake and Calm were not white, however, and we started talking about why they weren’t our mains. Those characters were just as interesting as our mains, not to mention basically waving at us in hopes we’d pick them up and do something with them. So, it wasn’t long before we knew we wanted to make a change.

After publishing Wake and Calm, we plotted out The Speakeasy, a new series featuring a cast of friends with a wide variety of personal histories and worldviews. And we decided before writing even one word that we wanted diversity in our books. We wanted to create romance among characters who better represented our families and ourselves, and the world around us. To reset our default where we could.

While we found plotting interracial romance easy, the writing was sometimes less so. That’s because we really wanted to get the characters and the ways they loved each other right. Behind the Stick, our third Speakeasy book, features Kyle and Luka, a mixed-race couple who don’t give a damn that their skin tones don’t match. Some members of Luka’s boisterous interracial family want him to steer clear of white boys like Kyle, though, which casts an unwanted shadow on Kyle and Luka’s growing feelings for one another. And it was twists like those that sometimes made writing Behind the Stick a daunting prospect.

We researched and talked as we wrote—endlessly so, at times—then crossed our fingers when we passed things off to our beta readers.

But despite the fretting, we’ve always been aware that the characters we’re writing are people, plain and simple. They deserve all the love and respect in the world and when we give it to them, they flourish. Watching them do so makes whatever complexities we encounter while writing more than worthwhile.

K. Evan Coles is a mother and tech pirate by day and a writer by night. She is a dreamer who, with a little hard work and a lot of good coffee, coaxes words out of her head and onto paper.

K. lives in the northeast United States, where she complains bitterly about the winters, but truly loves the region and its diverse, tenacious and deceptively compassionate people. You’ll usually find K. nerding out over books, movies and television with friends and family. She’s especially proud to be raising her son as part of a new generation of unabashed geeks.

Brigham Vaughn is on the adventure of a lifetime as a full-time writer. She devours books at an alarming rate and hasn’t let her short arms and long torso stop her from doing yoga. She makes a killer key lime pie, hates green peppers, and loves wine tasting tours. A collector of vintage Nancy Drew books and green glassware, she enjoys poking around in antique shops and refinishing thrift store furniture. An avid photographer, she dreams of traveling the world and she can’t wait to discover everything else life has to offer her.

Her books range from short stories to novellas. They explore gay, bisexual, lesbian, and polyamorous romance in contemporary settings. 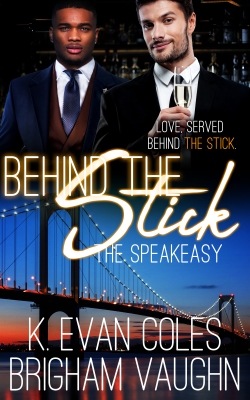 Check out the other blog posts and reviews here 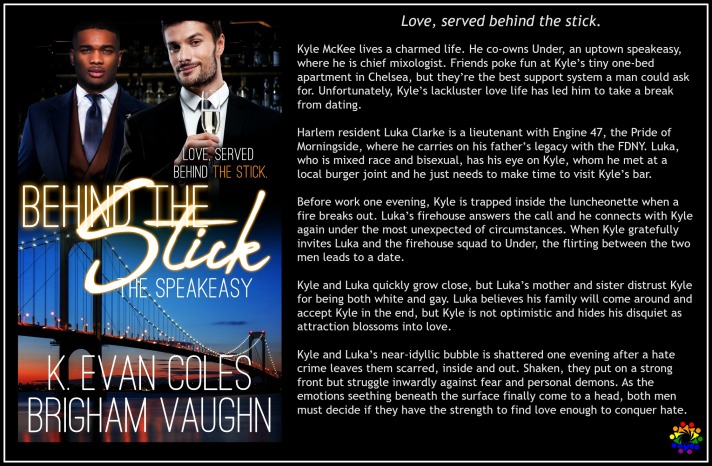